Valerian Zhitenev was born in the Tambov province, but in 1912 his family moved to Siberia. In 1918 he started attending an art school in Irkutsk, and after graduating in 1925 he was sent to study at the Vkhutemas in Moscow under the guidance of N.N.Kupreyanov. From 1927 Zhitenev worked as a graphic designer for various magazines (Bezbojnik, Vokrug Sveta, Vsemirniy Sledopyit) and in 1937 he became art editor at the popular children’s magazinen Murzilka. At the same time he was teaching drawing and lithography in various art schools in Moscow.

During the Second World War he served as a war artist, making drawings and photographs at the front (as a member of the Grekov Studio of War Artists from 1943). He left an important visual account of the advance of the Soviet army in 1945, including images from occupied Berlin. After the war he continued teaching, working for magazines and publishers in Moscow, designing books, and producing illustrations for prominent publications such as Komsomolskaya Pravda. Until his retirement in 1970, he was a professor of graphic design at the Moscow Polygraphic Institute.

Zhitenev exhibited his works around the Soviet Union, and also participated in the International Exhibition held in Paris in 1938. 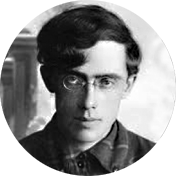