David Burliuk was born in 1882 in a city in eastern Ukraine. As a young man Burliuk studied in Kazan and Odessa improving his artistic skills before travelling to Munich to study with Anton Azbe. By 1904 he had enrolled in L’Ecole des Beaux Arts in Paris and studied under Fernand Cormon. His penchant for travelling waned after this and the young Burliuk returned to Russia to study at the Odessa School from 1910–1911. He went on to enrol in the Moscow School of Painting, Sculpture and Architecture but was expelled in 1914.

Since 1908 Burliuk had been immersed in the new Russian art scene, organising exhibitions alongside making work himself. He published his first article on the nature of art, ‘The voice of an Impressionist: in defence of painting’, later that year. Like many young artists at the time Burliuk rejected the traditional painting and teaching styles of the art schools in St Petersburg. He also denounced the true to life, or ‘realistic’ styles of art groups at the time and the retrospective focus of art tutelage. Burliuk favoured styles from Western Europe, seen in painters such as Cezanne and Van Gogh. Along with his contemporaries Natalia Goncharova and Mikhail Larionov, Burliuk helped to organise and contributed to the Jack of Diamonds series of exhibitions from 1910–1917. He displayed works such as Bridge painted in 1911, in which he echoes the French Cubist style in title and technique, and A Landscape painted in 1912. This work not only echoes the sharp textures of German constructivist painting but also references much older, pre-historic artistic styles, with its visceral, organic textures.

Burliuk was not just a painter; he also displayed a talent for writing and in 1912 his most notable essay ‘Die “Wilden” Russlands’ was published in German almanac, Der Blaue Reiter on a recommendation from Wassily Kandinsky. In this essay Burliuk praised the art of the Egyptians, Assyrians and Scythians for its ‘barbaric’ qualities and discussed the worth of Russian folk art as an inspiration for modern painting. It was this article plus works from his Russian Futurist contemporaries that brought the Cubo-Futurist trend to the attention of artists from elsewhere in Europe. However it was Burliuk’s work as speech maker and organiser of exhibitions for the Russian futurist groups that earned him the title ‘Father of Russian Futurism’, not his creative endeavours. There remained a continued tension between himself and artists such as Goncharova and Larionov, over Burliuk’s influence and dedication to the Western Impressionists.

In the years after the 1917 October revolution Burliuk resumed his travels abroad, moving first to Siberia and then on to Japan. He continued his creative career organising exhibitions and writing poetry. 1922 saw David Burliuk move to New York where he began the publication Colour and Rhyme in 1930. This featured much of his own work in later years. The last copy was published in 1966. 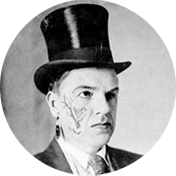