Viktor Turin was born in Saint Petersburg in 1895 and studied at the city’s drama school. His privileged upbringing enabled the young Turin to travel to Boston, where he studied at the Massachusetts Institute of Technology from 1913 to 1916. For the next five years Turin honed his skills in Hollywood at the Vitagraph Studios, working as an actor and scriptwriter. In 1923 he returned to the USSR and from 1924 to 1927 he worked in Ukraine at the VUFKU.

Turin then collaborated with Vostok-kino, an initiative established in 1928 to produce films for those Central Asian republics that did not yet have studios of their own. His first project was Turksib, a documentary film charting the construction of the railroad connecting Siberia and Turkestan. On its release on October 29, 1929, Turksib looked startlingly fresh, and became an immediate success both at home and abroad. The final cut was exactly as Turin had visualized; his reward for this outstanding film was to be a studio production post. Turin spent the early 1930s relatively removed from the art of directorship, however he was brought back into the practice (in much the same manner as Eisenstein was) after Boris Shumiatskii’s removal from the position of head of the Soviet Film Industry.

The later period of Turin’s life was spent in Moscow, where he continued to create documentaries and worked as a consultant at the Soyuzintorgkino, a Soviet agency responsible for export of Soviet films and import of foreign films. He died in Moscow in 1945. 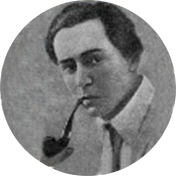