Alexei Kravchenko was a Russian illustrator, draughtsman and printmaker. He studied at the Moscow School of Painting, Sculpture and Architecture under Konstantin Korovin and Valentin Serov, and at Simon Holosy’s art school in Munich in 1903. He originally worked in Saratov (1918–21) as a stage designer, poster artist, after which he moved to Moscow and concentrated on book illustration and graphic art. He was a member of the Four Arts Society of Artists from 1925.

In the 1920s Kravchenko exhibited alongside artists such as Chagall, Lissitzky, Malevich, Tatlin, Bakst, Kandinsky, Mayakovsky, Popova, and Rodchenko. Kravchenko continued to paint throughout his career and became professor at the Surikov Art Institute, Moscow. However he never exhibited his post-revolutionary paintings in his lifetime, fearing that he would be denounced for ‘bourgeois formalism’. Instead he created a series of engravings to commemorate Lenin’s death, the socially-aware series Dneprostroi (1931), and other works depicting modern life in the Soviet Union. He also worked at the Bureau of Trade Promotion where his role was to monitor the quality of advertising production. Kravchenko’s work can be found in the collections of the State Tretyakov Gallery and the State Russian Museum. 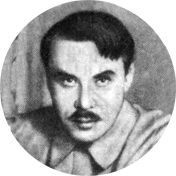