Semën Timoshenko was a director, actor and writer who worked almost exclusively in Saint Petersburg (later Petrograd and Leningrad). Timoshenko studied at the Institute of Civil Engineers from 1918 to 1920. During this time he attended Vsevolod Meyerhold’s pioneering theatrical workshop and in 1920 he completed short courses in directing at the theatre department of Narkompros in Petrograd. Timoshenko’s stage career began in 1919 with roles at the Drama Theatre, and later as actor and director in the Comedy Theatre in Petrograd. His arrival in cinema came soon after and in 1925 he became a director at Sevzapkino studio (known later as Lenfilm). A young and aspiring director, Timoshenko was influenced by the most recent developments in Soviet film and the experiments of Eisenstein and Dziga Vertov. He subsequently became the Leningrad champion of the Moscow-born theory of montage.

Timoshenko’s most notable films include The Uprising (1929), The Goalkeeper (1936) and a Soviet comedy The Heavenly Slug (1945). His wife, the actress Liudmila Glazova, appeared in many of his films and Timoshenko himself appeared in Eisenstein’s Ivan the Terrible (1944). He was also the author of several theoretical publications on cinematography, including The Art of Cinema and the Montage of Films (1926), and What Every Film Director Should Know (1929). Timoshenko died on November 14, 1958 in Leningrad. 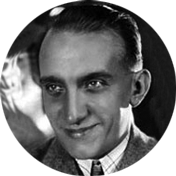