Born in 1881 in a rural province to the South-East of Moscow, Natalia Goncharova came from a family of noble Russian heritage. At the age of seventeen she moved to Moscow to begin her artistic studies in painting and sculpture. Whilst surrounded by a dynamic urban environment Goncharova retained her love of the countryside, and rural life is a theme the artist revisited throughout her career, in contrast to her Futurist contemporaries. Whilst studying painting Goncharova met the artist Mikhail Larionov, with whom she became personally and professionally involved, and who greatly influenced her work.

Both Goncharova and Larionov were spotted by Diaghilev at the 1906 World of Art exhibition and from this sprung a long and fruitful artistic relationship. The pair were invited by Diaghilev to exhibit at the 1906 Salon d’Automne in Paris, and in 1914, after taking some years out to develop her painting technique, Goncharova returned to Paris to work with Diaghilev on his designs for the Ballet Russes.

Goncharova participated in both the 1909 Golden Fleece and 1912 Jack of Diamonds exhibitions. Her love of peasant culture and rural life influenced her art greatly and by 1909 the artist had developed her own brand of Primitivism. It was her Primitivist work and exhibitions which brought her and Larionov into the company of Wassily Kandinsky, and the Burliuk brothers who were members of the Russian Munich school. It was at this time that Goncharova became acquainted with Kazimir Malevich, an artist who would emulate Goncharova’s Primitivism for much of his career and spear-head the Cubo-Futurist movement once Larionov and Goncharova emigrated from Russia. Goncharova’s work at this time was dynamic and provocative. At The Donkey’s Tail exhibition (1912), much of her work displayed religious influences, with one piece, The Evangelists, facing censorship for its blasphemous themes. Her dynamism also expressed itself in the publication of manifestos and one woman shows in Moscow from 1913-14.

Further collaborations between Larionov and Goncharova can be seen in the 1913 cabaret The Pink Lantern and the Tavern of the 13. Whilst both cabarets were only performed a handful of times their content was innovative. Audience participation and interpretive dance were heavily featured as well as their trademark pseudo-Symbolism.

Goncharova and Larionov left Russia for Paris in 1914 to work as stage designers for Diaghilev’s performances. Goncharova’s designs were a totally unique blend of colourful Russian folk art and Cubo-Futurist aesthetics. Le Coq D’or was one of her first productions in 1914 and her Byzantine inspired costume and set design gained her public and artistic attention. In 1915 she then went on to design for Diaghilev’s Ballet Russes in Switzerland for a production of Liturgie.

In the mid 1920s Goncharova and Larionov began to design for high-profile charity balls in Paris. Goncharova evoked Russian folk art and mythology as well as tribal themes into the posters and interiors of the 1923 Grand Bal des Artistes, the 1924 Bal Olympique and the 1925 Bal de la Grande Ourse.

During this time she continued her stage work, producing designs for Les Noces (1923) and a reworking of her 1910 designs for The Firebird (1926). In the 1930s Goncharova was commissioned by the Royal Opera House in Covent Garden, London to rework her production designs from earlier years and develop new designs for Le Coq D’Or and Cinderella. In her later years Goncharova’s career continued to flourish and during the Second World War she produced designs for the South African Ballet . The artist even took up painting again in later life inspired by the USSR’s space program, and, despite being crippled by arthritis, she managed to redesign The Firebird yet again in 1961, just a year before her death. 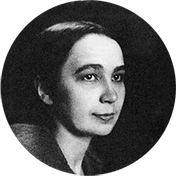