Vladimir Evgraphovich Tatlin was born in Moscow and grew up in Ukraine. He ran away from home in his youth, joining a group of blind musicians and later becoming a sailor. His artistic training commenced in 1902 when he started painting icons and entered the Moscow School of Painting, Sculpture and Architecture where he remained for two years. Between 1904 and 1909 Tatlin studied at the Penza Art School under Aleksei Afansiev, a member of the Wanderers artistic group. Later Tatlin described Afansiev as one of the three artists who influenced him most, alongside Pablo Picasso and Mikhail Larionov. After graduating from Penza, Tatlin briefly returned to the Moscow School of Painting, Sculpture and Architecture. During these years, he had interrupted his education twice to travel abroad as a sailor.

Around 1907–1908 Tatlin started to associate himself with Mikhail Larionov and Natalia Goncharova, two of the most innovative Russian avant-garde artists of the time, and exhibited with them for the first time in 1910. Through them he became acquainted with the latest developments in Western art. In 1912–1914 he exhibited with other Russian avant-garde artists at the Donkey’s Tail exhibition, as well as with the Knave of Diamonds group, the World of Art movement, and finally with the Union of Youth. His paintings around this period were influenced by traditional Russian lubok (popular woodblock prints) and icon techniques, as well as the latest Western developments. He also illustrated futurist books, and produced theatre designs, for example for Glinka’s opera A Life for the Tsar.

A trip to Berlin and Paris around 1913–1914 had a profound effect on Tatlin’s artistic development. Inspired by the work of Picasso, whose studio he visited, Tatlin made his first painterly relief, The Bottle. Tatlin was already acquainted with Cubism before his trip, having seen the Shchukin collection in Moscow and the contributions of Cubist artists to Russian exhibitions. However, it was in Picasso’s studio that Tatlin saw for the first time the artist’s collages and reliefs. Tatlin’s own reliefs made from found objects demonstrate his interest in the material quality of the object, and reveal his analysis of materials and shapes in three-dimensional form. Tatlin adopted the term ‘counter-relief’ for his later works that developed outwards into space to signify their forceful relationship with the surrounding spatial environment and the liberation of the artwork from the wall.

Already at that time Tatlin was becoming an influential figure in the most progressive Russian art circles. His counter-reliefs were exhibited in 0.10 The Last Futurist Exhibition of Paintings in Petrograd and in The Store exhibition in Moscow in 1916 and are considered to be the first Constructivist works ever made. They had a major impact amongst his fellow artists, and the word ‘Tatlinism’ soon emerged, implying the significance of Tatlin’s radical ideas.

The Plan for Monumental Propaganda was inaugurated by Lenin in 1918, and in 1919 Tatlin, who was the head of Moscow branch of IZO-Narkompros (the Visual Arts section of the People’s Commissariat for Education) at that time, was commissioned to create a monument to the Revolution. Tatlin embarked on a project aiming to create a truly revolutionary monument, responding to and expressing the dynamism of the new socialist state. The resulting Tower was dedicated to the Third International and was meant to present a synthesis between modern technological advancements and new artistic forms. Tatlin stressed the utilitarian nature of the monument, but the symbolic character of the Tower was immediately recognised: Lissitzky wrote of it as a new revolutionary symbol, and Mayakovsky called it ‘the first monument without a beard’. The first model of the Tower was constructed in 1920 out of wood and reached 6–7 metres in height.

During the same period Tatlin also taught painting at the SVOMAS in Moscow, and later in Petrograd where he set up his Studio of Volume, Material and Construction.

In 1921, the First Group of Constructivists was formed including artists Varvara Stepanova and Aleksandr Rodchenko. Even though Tatlin was considered a founding-father of Constructivism, members of the Group stressed the distinction of their approach from that of ‘Tatlinism’ and his non-utilitarian constructions. Tatlin nevertheless was one of the few artists who actually did attempt to work in a factory: he tried to organise a design workshop at the New Lessner Factory in 1920s but found it impossible to work there. Despite the Constructivist call for a move from laboratory experiments to practical activity, very few Constructivist objects got beyond design drawings and models.

From 1925 to 1927 Tatlin was head of the Department of Theatre, Cinema and Photography at the Kiev Art School, where he taught the culture of materials. He then returned to Moscow to teach ‘the construction or projection of new everyday objects’ in the Wood and Metalwork, and Ceramics faculties at VKhUTEIN. From 1930 to 1933 Tatlin worked in his scientific and experimental laboratory under Narkompros at the Novodevichii Monastery in Moscow.

His interest in organic forms and natural phenomena led him to explore the possibility of creating a flying apparatus. It was in his laboratory that he worked on Letatlin — a machine for human flight, three models of which were exhibited at the Pushkin Museum in 1932. Tatlin called it an air bicycle and intended it to become an item of everyday use. He continued to experiment with Letatlin until his last days.

From 1934 onwards Tatlin produced stage designs for numerous productions and worked as an artistic director of the Moscow Arts Theatre. This period also marked Tatlin’s return to the conventional media of drawing and oil painting. With the promulgation of Socialist Realism, Constructivism ceased to be such an evident force in Russian cultural life. It did however produce reverberations in the West, where the work of Russian Constructivists including Tatlin and Rodchenko was first shown in 1922 at the Erste Russische Kunstausstellung exhibition in Berlin. 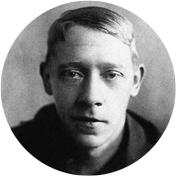