Sergei Igumnov was born in 1900 in a small village close to Tula. He studied at the Stroganov Institute of Art and Design from 1915 to 1917. He then continued his art education at the State Free Art Studios (Svomas) under the guidance of Alexander Shevchenko. The Moscow Svomas was founded in 1918, replacing the Stroganov Art School, and later became the famously avant-garde Vkhutemas following the decree issued by Lenin in 1920. As a result, Igumnov attended all three of these art institutions. Igumnov’s works were acquired by the Tretyakov Gallery, however he gradually moved from fine art to commercial design and became one of the leading Soviet graphic designers. In 1936 he participated in the International Poster Exhibition in Czechoslovakia.

Igumnov was appointed head of the Bureau of Trade Promotion within the All-Union Chamber of Commerce, where he was universally recognised as a highly talented tutor and director. One of his responsibilities at the Bureau was to supervise the creation of posters for USSR displays at international industrial exhibitions.

Igumnov died on the Stalingrad front in 1942. 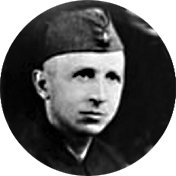