Pavel Filonov was born on 27 December 1882. His working class roots meant that growing up he earned a living and gained artistic experience through undertaking skilled labour, such as the restoration of art works, photo retouching, commercial poster design and even embroidery and painting houses. From this he developed an affinity with the close inspection and drawing of human and animal anatomy. Filonov attempted to join the Academy of the Arts several times but was rejected, and though his application for study was finally accepted in 1908 he later left without graduating. His mentor at the Academy was L.E. Dmitriyev-Kavkazsky, with whom he studied privately. Largely self-taught, Filonov was and is considered to be a self-made man of intellectual prestige.

From 1910 which signalled the beginning of his work as a mature artist, to 1914, Filonov travelled extensively throughout Russia, the near East and Western Europe, exhibiting with the Union of Youth. It was at this time that he became affiliated with other pioneers of Russian Futurism such as Vladimir Mayakovsky, Velimir Khlebnikov and Aleksei Kruchenykh. Filonov, however, is generally considered to be a founder of his own artistic movement within modernism. He drew inspiration from Russian folk art and medieval Russian friezes, as well as from the Flemish Renaissance, the imposing and hectic atmosphere of the work of Vasily Surikov and Konstantin Savitsky, and the disjointed textures of Mikhail Vrubel.

1912-16 marked the height of Filonov’s creativity and artistic career and the artist gained notoriety after being selected to co-design the play Vladimir Mayakovsky: A Tragedy. It was at this time that Filonov wrote his artistic manifestos, one of which was Canon and Law (1912), in which he established the principles of analytic art, and The Made Paintings (1914) formulating ideas on analytic painting.

Filonov felt an ideological affinity with the 1917 Revolution in Russia and for a time was head of the ideological section of GINKhUK. The prose of his lectures and speeches at this time became aggressive and fervent when postulating on the people’s ownership of art and the rejection of academic or ‘proletarian’ art. Filonov ended up living as something of a martyr to his creative endeavours, refusing to sell any of his works, turning down opportunities to exhibit abroad or even allow a monograph to be written about his life. This gained him a small following of idealistic students, and as a result in 1925 he established the Collective of Masters of Analytic Art, over which he presided. This loose-knit group exhibited in 1927 and was commissioned to illustrate an ambitious edition of the Finnish epic Kalevala, a complex undertaking by a team of fourteen artists working collaboratively.

Prior to Kalevala however, Filonov’s work was losing its popularity and although a retrospective of his work was to be shown at the Russian Museum in Leningrad in 1929-30 the exhibition never made it to the opening night and press and popular opinion were unreceptive. From the 1930s, despite the demise of his popularity and a reduction in the volume of work he created, Filonov was no less dedicated to spreading the canon of analytical art and his skill and craftsmanship never faltered. Filonov sadly died during the siege of Leningrad and due to his public and ideological standing has been transformed into a somewhat mythological figurehead of Modernism and the ideology of early 20th century Russian art. There has, however, been something of a rediscovery of the works of Filonov since the 1960s, with his work being displayed in St Petersburg museums and more recently in the 1980s exhibited around Russia and abroad. 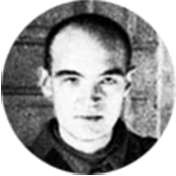