Boris Zelensky, a well-known Russian graphic artist and illustrator, was the son of A. Zelensky (1882–1942), one of the founding fathers of Soviet trade advertising.

Starting from 1934 Zelensky carved a career in industrial and commercial design, creating film posters, advertising bills and placards, labels and brands. He was in-house artist at the Advertisement Bureau of NarkomPischeProm. Zelensky designed and illustrated books for the prominent publishers Politizdat and Molodaya Gvardiya, and produced posters for circus and theatre performances. He also created cards and illustrations for magazines, working with famous Soviet publications such as Ogonek and Krokodil. Zelensky’s agitational works included election posters during the 1950s and propaganda posters illustrating the achievements of Soviet agriculture.

The poster he designed for the film Pirogov earned Zelensky a diploma during the 1948 International Poster Exhibition in Vienna; and in 1957 he won a special prize at the All-Union Exhibition of Books, Graphic Designs and Posters for his work on the film Othello. Zelensky was a member of the Union of Artists of the USSR and he also exhibited his work internationally, including in London in 1934. 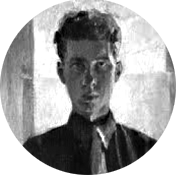