Sergei Eisenstein was born in Riga, Latvia. As a young man he made many drawings inspired by the graphic works of Valentin Serov, Aubrey Beardsley and Felix Valloton. The son of an affluent architect, Eisenstein entered the Institute of Civil Engineers in Petrograd. As the Cvil War broke out, he volunteered to serve as an artist in the Red Army: he painted posters and caricatures for agit-trains and worked as a designer in the theatrical unit. At this time he particularly admired artists from the World of Art group, such as Konstantin Somov and Leon Bakst. In 1920 he went back to school but decided to drop out of his engineering course and moved to Moscow where he joined the staff of the workers’ theatre — The Central Proletkult Arena. Eisenstein’s cinematographic debut was a short film interlude in the production of Ostrovskii’s Enough Simplicity in Every Wise Man, which he directed at Proletkult in 1923. That same year Eisenstein also published his first theoretical work: an article entitled ‘Montage of Attractions‘ in the left literary Journal LEF.

Eisenstein’s early films were permeated by the spirit of revolutionary Constructivism, with their realistic depictions of every-day life, clear geometry of frames, and avoidance of decoration, make-up or any fake theatricality. Until the end of his life Eisenstein was close to Tatlin, the founding father of Constructivism. Eisenstein was also a friend of Malevich, and Suprematist ideas found a way in some of his films in the form of colour abstractions or subject-less montage compositions.

Within a period of five years Eisenstein produced films that assured him international fame and reputation, beginning with Strike, his first full-length feature film, produced in 1924. After Strike’s release Eisenstein decided to devote himself entirely to cinema and resigned from the direction of Proletkult. In 1925 his masterpiece Battleship Potemkin was released. The film was shown for the first time on 21 December 1925, at the ‘1905’ Jubilee celebration at the Bolshoi Theatre. Starting with this film and up until the 1930s, Eisenstein worked with the very talented cameraman Eduard Tisse whose ingenuity was the ideal foil for Eisenstein’s invention.

The importance of cutting and editing as a creative process was perhaps the first most widely recognised revelation of Potemkin. Between Strike and Potemkin we see an astonishing leap in artistic maturity. Kuleshov explained this development very simply: ‘will, persistence, and sharp eyes’.

When working on his other masterpiece, October (1928), Eisenstein came up with the concept of ‘intellectual cinema’ that can teach a worker how to think dialectically — an idea he later developed in writings and publications. His other research topic around this time was the impact of art on subconscious perception, which led him to study surrealism and Freud’s theories. In 1928 and 1929 Eisenstein published a great amount of articles explaining his method. In 1932 he started to work on the book Method (Grundproblem) in which he aimed to bring together all the theories he was developing — this book, however, was only published posthumously in 2004.

Eisenstein also taught at the State Film Technicum where he led a workshop group. He eventually became the creative head of the school, and was passionately interested in the education of future Soviet film-makers. In 1929 Eisenstein took his group to Europe and America to study sound-film techniques. After several of his film were rejected at Paramount, the director arranged with Upton Sinclair to make an epic six-part film about the history of Mexico, entitled Que Viva Mexico. However when filming was finished in 1932, Sinclair sent the footage to a Hollywood company to cut and distribute, to Eisenstein’s great despair who had by now returned to the USSR.

Upon his return, Eisenstein became a target of intense hostility from Boris Shumiatskii, the Soviet film industry chief, and his relations with authorities swiftly deteriorated. He was not considered the leading Soviet film artist anymore and several of his projects were shelved. Nevertheless, in September 1932 he was invited to conduct the directors’ course at GIK (later VGIK, Higher State Institute of Cinema).

In 1935, after a long break, Eisenstein started working on his first sound film Bezhin Meadow based on Turgenev’s novel: filming was abruptly interrupted by a series of Eisenstein’s illnesses, and the resulting work was eventually banned. He then produced the epic Alexander Nevsky —jabout a 13th-century Russian prince’s successful battle against invading German hordes — to great acclaim both in the Soviet Union and abroad. His last finished work was the three-part historic epic Ivan the Terrible. Only the first part (1943) was released, while the second part (1946), where Eisenstein depicted Ivan as a cruel tyrant resembling Stalin, was banned and footage for the third film was destroyed.

Eisenstein died in 1948, surrounded by unfinished theoretical works and plans for new films. 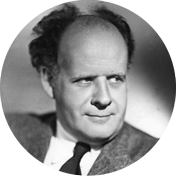