Viktor Klimashin studied at the Saratov Art Institute from 1928 to 1931 and was a member of the Youth Association of the Artists of the Revolution. After completing his studies Klimashin worked as a poster designer, creating mostly works on political subjects, but also film posters and commercial advertising, notably export adverts for the Bureau of Trade Promotion. From 1937 onwards he designed books for the publishers Molodaya Gvardiya and Partizdat and made illustrations for prominent magazines such as Smena, Vokrug Sveta and Ogonek. During the Second World War Klimashin created war illustrations and worked in the M. Grekov Studio of War Artists.

After the war he worked mainly in graphic design, advertising and postage stamp design. In 1952 he was appointed as principal artist and architect of the Soviet pavilion at the International Industrial Exhibition in Bombay. He was also a chief artist at the Exhibition of Economic and Cultural Achievements of the USSR which took place in Beijing in 1954.

Klimashin published several articles on fine art and his works were widely exhibited abroad, including posthumously in England in 1978. His works are in the collections of many Russian museums, including the State Tretyakov Gallery and the Pushkin Museum of Fine Art. 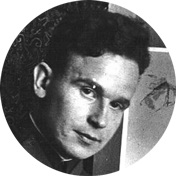