Mikhail Dlugach was a prolific graphic designer and poster artist. He was born in Kiev in 1893 and received his artistic training at the local art school where he studied from 1905 to 1917.

In 1922 he moved to Moscow and started working as a film poster designer, soon becoming one of the leading artists in the field. In 1924 he joined Reklam Film, the advertising department of the newly-established. The department, headed by Iakov Ruklevskii, produced a great amount of film posters for both Soviet and foreign productions, employing many talented young artists.

In 1926 Dlugach joined AKhRR (The Association of the Artists of the Revolution), a union of artists who advocated realism in art — this was immediately reflected in his work which acquired a narrative, anecdotal character. In his distinctive designs the figures of film actors were skillfully drawn and arranged on the poster plane into mises-en-scènes from the advertised films.

In 1931 Dlugach also became a member of ORRP (The Association of Revolutionary Poster Artists). In the 1930s he continued to work in film and political poster design as well as exhibition design. In 1940 he helped to design the exhibition pavilion at the All-Union Agricultural Exhibition in Moscow. During the Second World War Dlugach was evacuated to Ufa and worked for Okna TASS creating agitational war posters. In the postwar period he continued working as a poster designer, making political and agitational posters, as well as circus advertisements, badges and medals. In 1958 he was one of the artists involved in setting up the Soviet pavilion at the International Exhibition in Brussels. Dlugach lived a long productive life and died in 1988, at the age of 95. 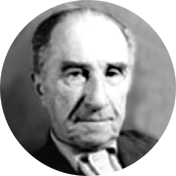