Iakov Protazanov was born in Moscow. He was one of the founders of Russian, and subsequently Soviet cinematography, best known for his lavish historical epics and for adapting literature for the screen. His career spanned over thirty years, in Moscow, Yalta, Paris and Berlin. He managed to survive and work despite political upheavals and regime changes — probably a unique feat in Russian cinema history.

Between 1904 and 1906 Protazanov travelled extensively around Europe after receiving an inheritance from a distant aunt from Kiev. During this period he changed occupation several times, working briefly as a clerk, an accountant and a translator. He began his career in film in 1906 with an apprenticeship at Gloria Films (which later became Thiemann and Reinhardt). Having spent some time as a scriptwriter and actor, he then moved on to become a director. His first film, produced in 1911, was called The Prisoner’s Song. The following year he made a biographical film about Leo Tolstoy, notable for the innovative use of documentary footage combined with staged scenes. The film was banned in Tsarist Russia. Protazanov went on to make several films starring one of Russia’s leading actors, Ivan Mozhukhin, including The Queen of Spades (1916) and Father Sergii (1917). The latter, based on a story by Leo Tolstoy, is considered Protazanov’s masterpiece and features a tour-de-force performance by Mozhukhin. Protazanov worked relentlessly in this period, and by the end of World War I he directed about forty films: most of them sentimental melodramas and detective stories that brought the production companies huge commercial success.

The director fled Russia during the turmoil of the Russian Revolution and the Civil War. He first relocated to Yalta in 1918, then to Constantinople, and by 1920 he had moved to Paris. Protazanov quickly established himself in the West and made six pictures in France and Germany before he returned to Soviet Russia in 1923 and started working for MezhrabpomRus. Protazanov’s skillfully made, highly entertaining, and superficially politicized blockbusters gave the studio the profits it needed to support the more revolutionary (and less profitable) work of young Soviet film-makers like Vsevolod Pudovkin.

Protazanov’s first Soviet film was the highly popular science fiction Aelita (1924), for which gigantic sets were erected by the Constructivist stage designers Isaak Rabinovich and Viktor Simov. His other works included the comedy The Three Million Case (1926) and the revolutionary drama Forty-First (1927), in which a young woman fighting for the Red army in Turkestan falls in love with the White officer who eventually becomes her forty-first victim. Another of his works, The White Eagle (1928), is notable for being the only film starring Vsevlod Meyerhold as an actor, as well as Vasilii Kachalov, one of Stanislavsky’s best known performers. Throughout the 1920s, Protazanov displayed a finely tuned talent for social satire and his comedies proved to be very popular with Soviet audiences

With the advent of sound, he directed the satirical musical comedy The Marionettes (1934) and an adaptation of Aleksandr Ostrovskii’s play The Girl Without a Dowry (1937). The latter won Protazanov a medal at the International Exhibition in Paris that same year.

During WWII Protazanov was evacuated to Tashkent where he worked on the comedy Nasreddin in Bukhara (1943) for which he was awarded the title of Acclaimed Artist of Uzbekistan. He continued working on new films before passing away in 1945, at the age of 64. 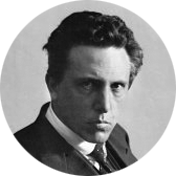