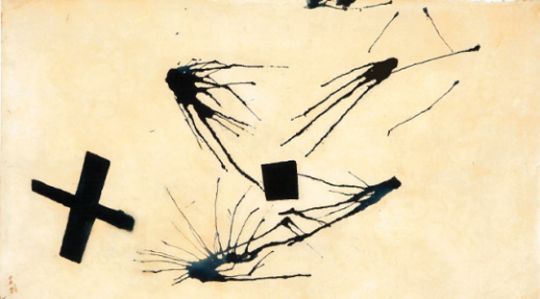 With this colourful exhibition, Palazzo Strozzi breaks new ground. Most people are aware of England and France’s empires, but do not know that the Russian empire—which started in 1552 with the conquest of the Khanate of Kazan, followed by the Khanate of Astrakhan (1556) and the Khanate of Crimea (1783)—stretched from the borders of Poland to the Sea of Japan. One can fit the entire continental United States of America into Siberia and there would still be some Siberia left over. The vast spaces of Siberia were—and still are—inhabited by tribes who believe that everything around them was animate, possessed of personality and living force. Their mediators with this world were shamans, about whom we learn much in the exhibition and its catalogue.

But first a caveat: this prodigious exhibition is misrepresented, in my opinion, by the inclusion of the much-overused and, in this case, misused term avant-garde in its title. In speaking with all three of the show’s curators, they made it clear that they preferred their original title, ‘Fire and Ice,’ which would have referred to the scorched deserts of the eastern Russian empire, known as Turkestan, and to its frozen Arctic regions. Most of the artists included in the show belonged neither to the early nor to the later Russian Avant-garde, a name assigned to radical, innovative artists and movements that started taking shape between 1907 and 1914, coming to the foreground in the revolutionary period, and the post-revolutionary decade, after which Socialist Realism took over.

The colourful and figurative, non–avant-garde contents of the exhibition are a good example of what happens when the abstract theories of three highly intellectual art historians meet the realities of the vast body of Russian art. Siberia and the East are part of every Russian artist’s DNA, since Russia was under the Mongol yoke for several centuries, thus the expression: ‘scratch a Russian and you will find a Tartar.’ The exhibition includes work by Sergei Diaghilev’s Ballets Russes artists Boris Anisfeld, Léon Bakst, Alexandre Benois, Nicholas Roerich, Sergei Sudeikin and others, who designed wonderful oriental or Siberian costumes as well as settings for ballets that continue to be danced and admired a century later. None of these artists were considered members of the Russian Avant-garde.

The most significant pictures within the context of the show are those by Roerich: The Great Sacrifice, Exorcism of the Earth, Omen and Idols, which all illustrate some aspect of shamanism and spirit worship, as well as Konstantin Korovin’s Remains of a Samoed Encampment, showing votive ribbons on reindeer horns. Reindeer and their horns were considered sacred amongst the northern tribes, for they were the mount of shamans.

Il'ia Mashkov, whose portrait Lady in an Armchair (1913) is on the cover of the catalogue, belonged to the school of Russian Neo-primitivism, which encompassed work executed in a naïve style and frequently made reference to children’s drawings and toys, embroidery, hand-painted trays, shop signs, icons and Russian woodblock prints (lubki). Some members of the Russian Avant-garde, such as Natalia Goncharova and Mikhail Larionov, also sought inspiration in this Russian source material.

Several of the essays in the informative catalogue describe various aspects of Shamanism, which represented (and still represents) a worldview that assumes the unity of mankind with nature. With the advent of Buddhism in Russia in the seventeenth century, Shamanism and Buddhism coexisted and eventually became a hybrid religious system, particularly amongst the Buryats, Kalmyks and Tuvans. This is still the case in the Republics of Altai, Khakasia and Tuva today, where both Buddhism and Shamanism are thriving. Shamans like the one portrayed in Grigorii Choros-Gurkin’s splendid portrait, Baichak, the Shaman, still exist, and shamans’ drums and other objects used in shamanistic rituals are to be seen outside of museums in the Altai and Tuvan Republics and in Khakasia, as I saw earlier this year. The Strozzi Foundation is to be congratulated on having brought together so many fine works, several never exhibited before, as well as the ethnographical material almost totally unknown outside Russia except to a few archaeologists and ethnographers. This exhibition should be visited with wide-open eyes in order to absorb the unusual juxtaposition of 79 colourful paintings, watercolours and drawings, stone idols, 15 wooden sculptures and 36 Oriental artefacts and ethnographical objects. Furthermore, it is an exhibition to be recommended for family outings: children are bound to be intrigued by the anthropomorphized tree exhibits, votive animals and pictures of the Russo-Japanese maritime battles.