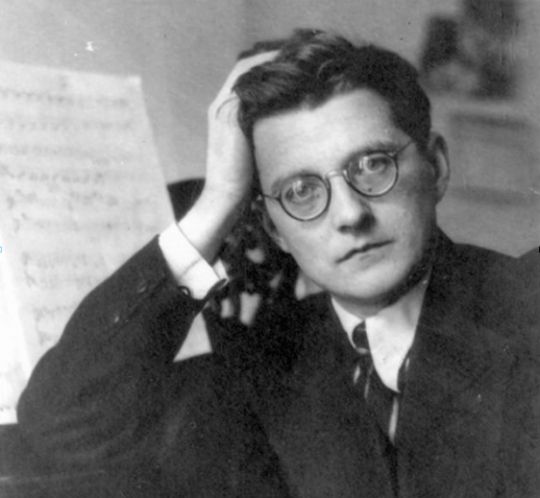 As a rule, Bazarov trusts his eye better than his ear (he was, after all, trained in medicine, an observational science). His interest was engaged, however, by the following discussion at a recent conference devoted to the music of Dmitrii Shostakovich, and in particular his enigmatic 6th Symphony.

This followed the 5th, his ‘apologia’ in response to the charge of formalism leveled at his earlier music, after a two year period devoted to writing film scores, a politically approved and less abstract genre. His 6th, a work of 1939 by turns meditative and ribald, thus closely succeeded the cultural purges known as ‘Yezhovschina’ after Nikolai Yezhov, the chief of the Soviet security police at the time – a time, let us not forget, when Stalin was enjoining the Soviet people to ‘be cheerful’.

Questioner:
We have heard much about Shostakovich’s debt to Western music, from Beethoven to Berg, but I would like also to discuss how much there is in his music of an authentically Russian character. What would resonate for the Russian audience of his day?

Speaker:
I think most Russians would regard Shostakovich as a Soviet rather than a Russian composer

Questioner:
I don’t think I accept that distinction.

Audience member:
Speaking as a Russian, though not as a musicologist, I would say that the Russian ‘soul’, as expressed in the music of Tchaikovsky or Rachmaninov, cannot be found in Shostakovich. His music is Constructivist, Soviet…it does not rely upon traditional Russian feeling.

Listen to the first movement of the 6th Symphony, a brooding and sustained meditation on sorrow and disillusionment with shades of the dying fall of Tchaikovsky’s own 6th. Or that of the 11th Symphony, which almost cinematically represents the scene in Palace Square, St Petersburg on ‘Bloody Sunday’ in 1905, with a musical representation of a predawn chill that conductor Vasily Petrenko recognises. ‘I have walked across that square on a winter’s morning’ he told a small group of us at a preconcert talk. ‘I know’.

This, surely, is Russia mediated though the mind of a great Russian composer, not a Soviet apologist. The absence of Romantic feeling hardly makes the music less Russian, merely more intelligently so. As Elgar is to Benjamin Britten, Shostakovich’s close friend and collaborator, (The Britten of the Sinfonia da Requiem or the War Requiem), so Tchaikovsky is perhaps to Shostakovich – a great forbear in a musical canon which the shattering events of the evolving 20th Century could not fail to disrupt and subvert.