Vladimir Vilner, born in Grodno (Belarus) in 1885, was a Soviet film and theatre director. In 1906 he studied in Switzerland and in 1912 he graduated with a degree in law from Saint Petersburg University.

Whilst in Saint Petersburg, he attended drama courses and began work as an actor at the New Drama Theatre, leading to his eventual abandonment of a career in law. From 1918 onwards, he was affiliated with Nikolai Sinelnikov’s troupe in Kharkov and directed performances in various theatres in the south of Russia. The next two decades saw Vilner work with various theatres and troupes from across the Soviet Union including Moscow, Kiev, Rostov-on-Don, Leningrad and Kuibyshev. From 1928 to 1931 he was director of Russian Drama Theatre, then from 1938 to 1941 the Ukrainian Drama Theatre (in the memory of I. Franko), and finally from 1949 to 1950 the Musical Comedy theatre — all three in Kiev.

It was in the mid-1920s that Vilner developed his interest in cinematography, and from 1926 to 1928 he worked at the VUFKU (All-Ukrainian Photo-Cinema Directorate) studio in Odessa. His films included Cement (1927) and Benia Krik (1926), written by Isaak Babel as an adaption of motifs from his Odessa stories. This was Babel’s first script, and the quality of text prompted director Eisenstein to recommend it to Ivor Montagu for English translation.

Being of Jewish origin, Vilner was particularly keen on Jewish culture and theatre, directing various productions in Yiddish. However, as anti-Semitism gained momentum in Russia, his projects began to grow unpopular with the authorities. In 1933 Ukrainfilm cancelled Vilner’s partially shot Shtetl Ladeniu (Mestechka Ladeniu) adapted from the comedy by the Ukrainian-Jewish writer Leonid Pervomaiskii.

Throughout this period Vilner continued to engage with academia and in 1947 he became a professor of the Kiev Theatre Institute. In 1940 he was awarded the title of the Ukraine People’s artist. Vilner died in Kiev in 1952. 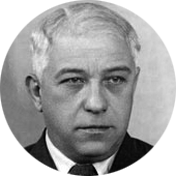