Vsevolod Pudovkin was a prominent Soviet filmmaker and theoretician. He was born in Penza and later studied physics and chemistry at the Moscow State University. Just before his graduation in 1914 WWI broke out and Pudovkin joined the army without passing his final exams. Wounded and taken as a prisoner, he spent three years in a German camp before escaping and returning to Moscow by the end of 1918.

Pudovkin had always had artistic inclinations and was fond of theatre, painting and music, but it was not until he saw D.W.Griffith’s Intolerance in 1920 that he became interested in film. He realised the great potential in cinema and in 1920, at the age of 27, Pudovkin decided to abandon his secure job in the laboratory of a military plant and entered the State Film School to become an actor. Two years later he joined Lev Kuleshov’s workshop and soon became his most outstanding student. Under his master’s guidance, he went on exploring the theories of montage, and the possibilities of editing and juxtaposing images into emotional statements.

When still at school, Pudovkin worked as a film director, actor and screenplay writer. His first released film was the short comedy Chess Fever (1925). The Mechanics of the Brain, a documentary exploring Dr. Pavlov’s theories of action and reaction, came immediately after. His real breakthrough came the following year, with the adaptation of Maxim Gorky’s novel Mother (1926), considered today as one of the most significant achievements of Soviet silent cinema, alongside Eisenstein’s works. It exemplifies Pudovkin’s use of elaborate crosscutting of images to represent complex ideas. His other major films include The End of Saint Petersburg,; shot the following year, and Storm over Asia (original title Potomok Genghis Khana, 1928). In all of these masterpieces, he collaborated with the cinematographer Anatolii Golovnia and the screenwriter Natan Zarkhi.

Pudovkin continued making films once the silent era was over in the early 1930s. His epic Soviet propaganda works, such as Minin and Pozharskii (1939), Suvorov (1941) and Admiral Nakhimov (1947) were greatly prized by the authorities and gained Pudovkin — a visual poet of the regime — various state awards, though none of them were quite as remarkable as his early works.
Throughout his career, Pudovkin enjoyed not only directing but also acting. He appeared in a few of his own films, including Mother and Admiral Nakhimov, as well as in his colleagues’ films, such as Eisenstein’s Ivan the Terrible (1948).

Pudovkin taught at the State Film Technicum and published a number of treatises and articles on film theory. In his two seminal books, Film Technique and Film Acting, written for Soviet film classes and first published outside the USSR in 1929, Pudovkin explained his principles regarding scenario, directing, acting, and editing. In 1929 Pudovkin went on a European Tour with lectures in England and Holland. A member of the Communist party, Pudovkin was honored with two Orders of Lenin and three Stalin Prizes. In 1948 he was awarded the title of People’s Artist of the USSR. Pudovkin died in Moscow in 1953. 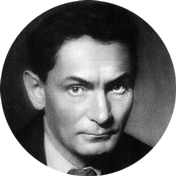