Aleksandr Litvinov was a film director, script writer and pioneer of Soviet ethnographical film. Born in Baku in 1898, he studied medicine at the Baku University but decided to change his life and career upon meeting director Iakov Protazanov and prominent actor Ivan Mozhukhin in 1918. His screenwriting debut took place that same year with the release of Protazanov’s A Member of Parliament. In 1920 Litvinov moved to Petrograd and began work as director’s assistant at Sevzapkino before returning to Baku in 1923 where he took up residence as head of Azgoskino studio where he began directing his first feature films. Between 1927 and 1937 he expanded his directorial career at Sovkino creating the films Oil (1927), In the Wilderness of the Ussuriisk Region (1928) and The Forest People (1928), which garnered popularity both within and beyond the Soviet Union. From 1938 to 1948 he directed at the Novosibirsk film studio of educational films before leaving to work for a documentary film studio in Sverdlovsk (today Ekaterinburg).

Perhaps Litvinov’s greatest contribution was his pioneering use of ethno-fiction in the Soviet Union, alternatively called ‘Soviet Flaherty’ in reference to Robert Joseph Flaherty, an American pioneer of the genre. His works include numerous documentaries about the Russian Far East and Taiga as well as several books on the subject. In the latter stages of his career he was a head of the Sverdlovsk branch of the Union of Cinematographers and continued working in the film industry up until 1970s. He died in Sverdlovsk in 1977. 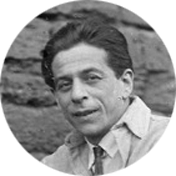